Jheronimus Bosch (‘s-Hertogenbosch, circa 1450 – buried there, 9 August 1516), posthumously also called Jeroen Bosch or Hiëronymus Bosch, born Jheronimus van Aken, was a Southern Netherlandish painter belonging to the Northern Renaissance. He went down in history as ‘den duvelmakere’ (the creator of devils) and as a painter of satirical images, but he is especially important as an innovator of the visual tradition. He inventively interpreted common motifs and devised a series of new compositions. As a result, the precise meaning of some of his work has remained unknown. Although he was a famous painter during his lifetime and received commissions from the ducal court in Brussels, very little is known about him. 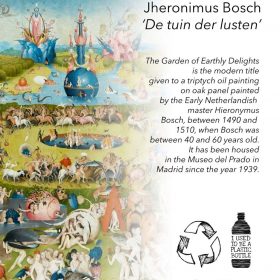 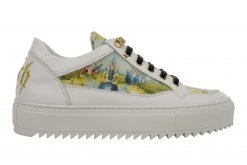